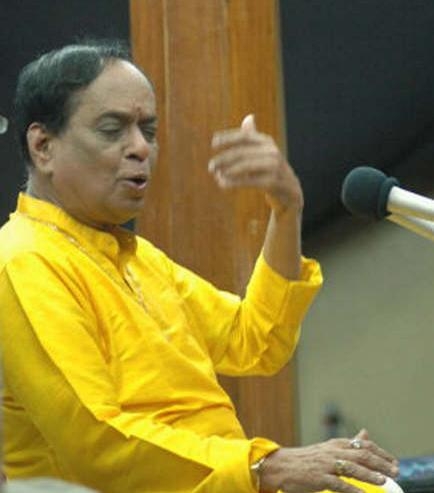 Child prodigy Dr. M Balamuralikrishna was born on July 06,1930 in Sankaraguptham, Andhra Pradesh. He was born to musician parents Suryakanthamma and Pattabhiramaya. His powerful three octave voice is known for its magnetic and vibrant resonance.

He became a highly popular vocalist and prolific composer by the time he was fifteen years old. At the tender age of 16, Dr. M Balamuralikrishna composed songs in 72 Melakartha ragas. He carved a niche for himself on the universal musical arena as a unique composer with the creation of many new ragas and nearly four hundred classical compositions. In addition to being a vocalist, he is an accomplished instrumentalist and plays the violin, viola, veena, mrudangam and kanjeera.

He is the recipient of India's most distinguished awards including the Padmavibhushan and the 'Chevalier des Arts et Letters' (Knight award) by the French government. Dr. M. Balamuralikrishna left us on November 22, 2016 for eternal peace. He introduced a new era in the world of Carnatic music which is undoubtedly unparallel. 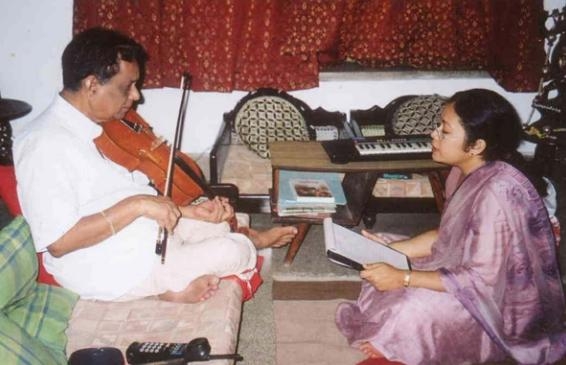 "I am not a musician, but an instrument of God to convey the music through me"
- Dr. Mangalampalli Balamuralikrishna
It is not frequent that a nation discovers a Balamuralikrishna in its history.
- Swami Chinmayananda (Great scholar & Philosopher)

His phenomenal contributions as an accomplished singer and his soul stirring musical performances have not only added lustre to the world of music but have also given new dimension to it and have enthralled music lovers in India.
- Manmohan Singh (Prime Minister of India)

It is such a joy to know a person with a combination of great panditya, humility and immense creative genius!.
- Pandit Ravi Shankar (Renowned Sitar player)

He is a rare combination of great inborn gift from the Almighty. He has tremendous knowledge of not only Carnatic music but various traditions of music in India and also has an uncanny sense of the intricacies of the rhythm.
- Pandit Shivkumar Sharma (Renowned Santoor player)

He does not live on music, but music lives on him.
- B.R. Kumar